"At the moment, all films are crawling with quotations!" 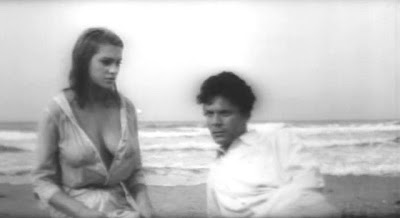 Silvia Sorrente, and Michel Lemoine somehow looking away from her, in SIN ON THE BEACH.

That's just one of the many great lines of dialogue to be found in Something Weird Video's English-dubbed DVD-R of José Bénazéraf's SIN ON THE BEACH [L'éternité pour nous, 1961]. Here are 14 others:
2. "Improbability always appeals to women."
3. "It's a fact: something is always happening."
4. "When you're hitching lifts, all men are disgusting."
5. "If you mistake my piano for a divan, they [the customers] will mistake my dancefloor for a bed."
6. "All women take off their clothes. Few are applauded for it."
7. "Love! In this house, it's an obsession!"
8. "I'm being absurd. I guess it goes to prove one can't keep news of death to oneself."
9. "What's important is to move. You know? Move!"
10. "You have to hurt yourself to love someone."
11. "The marvelous immodesty of young lovers, it's so very moving!"
12. "That's not blackmail; that's just mendacity."
13. "Men always end up by confessing, especially when we pretend we aren't interested."
14. "One wishes for a great destiny and all one gets is a little song."
15. "You don't kiss madmen -- you lock 'em up!"
The dubbing, performed by familiar voices, is amusingly philosophic and over-the-top, like a Grove Press novel run amok, while the movie itself is almost abstractly alluring. There's Michel Lemoine, with his astonished Siamese cat's face... Silvia Sorrente, an hourglass of maddening flesh... and a story involving a murder that occurs offscreen, which keeps rewriting itself until the viewer loses all concern with who killed whom and feels himself chasing a dream along three parallel strips of grey -- sky, sea and sand -- all long dead.
Running 65:34, SWV's DVD-R contains no credits (apart from "Stanley Borden Presents") and clocks approximately 20m shorter than the uncut version released on DVD in France two years ago by K Films. Though the continuity is choppy, it's likely that the English-dubbed version was always at least a reel shorter than the original length, and chances of a better quality copy of this English dub are highly unlikely.
Posted by Tim Lucas at Friday, January 22, 2010 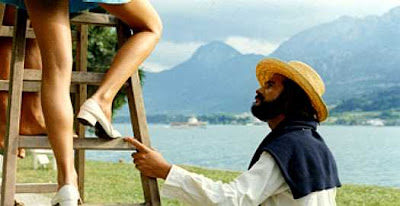 Eric Rohmer, the French critic-turned-filmmaker, and former editor of CAHIERS DU CINÉMA, died earlier today at the age of 89. His most recent film, LES AMOURS D'ASTRÉE ET DE CELADON (THE ROMANCE OF ASTRÉE AND CELADON, 2007), was rumored to be his last but I refused to believe it. For many years, he was my favorite filmmaker; Krzysztof Kieslowski eventually overtook him in my estimations, but whenever I revisited Rohmer's work, or saw new work, I felt touched and warmed and changed by it. His films had the power to clear my head and make me see the world again with young eyes, even when he ventured to be cynical or ironic. I feel as though I've lost someone very close and dear to me, met only on the plane of art. The attached image, of course, shows Jean Claude Brialy admiring Laurence de Monaghan in Rohmer's masterpiece LE GENOU DE CLAIRE (CLAIRE'S KNEE, 1970). Two that spoke still more directly to me, though, were MA NUIT CHEZ MAUD (MY NIGHT AT MAUD'S, 1969) and LA RAYON VERT (THE GREEN RAY aka SUMMER, 1986).
Posted by Tim Lucas at Monday, January 11, 2010

At Home with Vayda Jane Smith 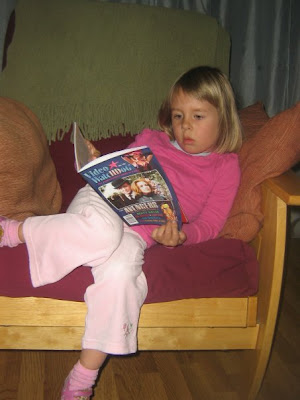 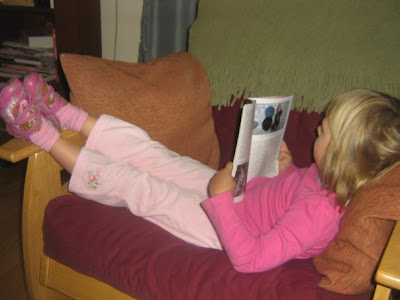 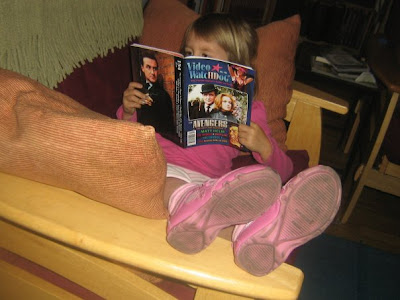