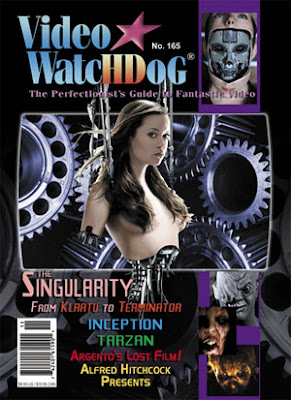 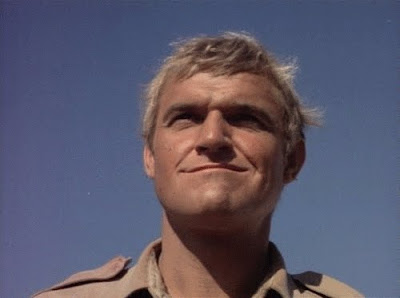 Charles Napier (April 12, 1936 - October 5, 2011), the jut-jawed, horse-toothed, all-man actor who starred in numerous Russ Meyer pictures, was featured in several Jonathan Demme films, appeared in the classic STAR TREK episode "The Way to Eden" and, along the way, provided the roars for Lou Ferrigno's THE INCREDIBLE HULK. He was 75. 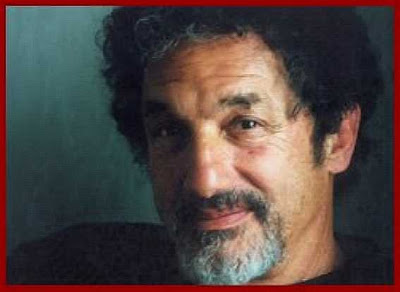 David Hess (September 19, 1942 - October 8, 2011), actor and musician responsible for writing Pat Boone's "Speedy Gonzales" (under the name David Dante) and for scaring the hell out of 1970s audiences with his uncomfortably real portrayals of psychopaths in Wes Craven's THE LAST HOUSE ON THE LEFT, Ruggero Deodato's THE HOUSE AT THE EDGE OF THE PARK and other thrillers. In his last film SMASH CUT (2009), he acted alongside Sasha Grey, Michael Berryman, Herschell Gordon Lewis and THE WIZARD OF GORE's Ray Sager, playing a horror film director in the recursive gore flick hommage. He and Charles Napier acted together in Deodato's BODY COUNT (1987), starring VIDEO WATCHDOG interview subject Mimsy Farmer. He was 69.
Additionally -- or should I say "subtractively" -- this past week also claimed the lives of onar Films founder Bill Barounis, actress/novelist Diane Cilento (THE WICKER MAN), actor George Baker (THE CURSE OF THE FLY, ON HER MAJESTY'S SECRET SERVICE), Pentangle founder/folk guitarist Bert Jansch, pianist Roger Williams (who had hit singles with the themes from AUTUMN LEAVES and BORN FREE in the mid-'50s and '60s) and, of course, Apple Inc. founder Steve Jobs.
Posted by Tim Lucas at Saturday, October 08, 2011 It has just come to my attention that Bill Barounis, the man responsible for the small but important DVD label Onar Films, passed away earlier today.

I was not aware of it, but Bill was reportedly diagnosed with brain cancer a couple of years ago; the last update on his website mentions a stroke and being wheelchair-bound. But it is to Bill's single-minded (and often single-handed) determination and devotion to Turkish cinema that a handful of fascinating oddities, considered too outré for wider release, found their way to DVD in subtitled and extremely limited editions.

VIDEO WATCHDOG reviewed a number of Onar Films' titles in the past -- Ramsey Campbell, John Charles and David Kalat all took particular interest in the field Bill was so individually mining. I don't know if anyone else is in place to fulfill new or outstanding orders at Onar, but you might want to head over to their website, click on "Contact Us" and submit a query about the availability of their remaining titles -- or perhaps just a heartfelt message of thanks. In his own way, Bill Barounis was one of the video industry's visionaries... and obviously, he loved movies more than most.

As a reminder of his enterprising spirit, here's a link to an interview conducted with Bill a few years ago when Onar was just beginning. This photo of Bill was first published at enlejemordersertilbage.blogspot.com and we hope his friends there won't mind its use here.
Posted by Tim Lucas at Thursday, October 06, 2011 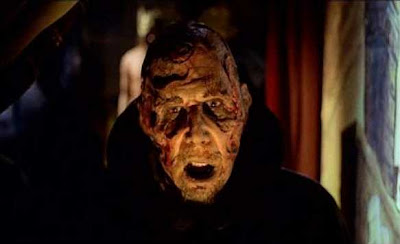 I'm presently on a long overdue Gaston Leroux kick, acquiring and reading as many of his novels as appeared in English translation as I can find. THE PHANTOM OF THE OPERA is wonderful in ways that have yet to be filmed, but there is much more to him and his contribution to the horror genre than just that. In fact, in an impressive two-part article published in the final two issues of MIDI-MINUIT FANTASTIQUE (issues 23 and 24, 1970), none other than Jean Rollin wrote in depth about horror cinema's immense debt to Leroux's literary imagination -- a debt that, among English speaking horror fans, remains largely unpaid.

All films about intelligent apes who learn to kill can be traced back to his novel BALAOO (even the 1932 MURDERS IN THE RUE MORGUE contains ideas that didn't originate with Poe), Roger Corman's THE HAUNTED PALACE is based on H.P. Lovecraft's "The Case of Charles Dexter Ward" but that story was itself indebted to Leroux's darkly comic THE MAN WITH THE BLACK FEATHER (also translated as THE DOUBLE LIFE), and of course every unmasking scene from THE FLY to PSYCHO to MYSTERY OF THE WAX MUSEUM owes something to PHANTOM, and so on.

Speaking of MYSTERY OF THE WAX MUSEUM, I've often wondered about the real literary basis, if any, for Sergio Stivaletti's film M.D.C. MASCHERA DI CERA (THE WAX MASK, 1997), which articles sometimes link to a Gaston Leroux novel called "THE WAX MUSEUM" or "MYSTERY OF THE WAX MUSEUM" depending on your reporter... but no such novel exists, and no screen credit was ultimately given. In the course of my collecting, I've now discovered that a short story exists, entitled "The Waxwork Museum," which was collected in translation in a 1980 story compendium called THE GASTON LEROUX BEDSIDE COMPANION, edited by Peter Haining. A foreword acknowledges that the translation by Alexander Peters first appeared in FANTASY BOOK in 1969, but no original French publication date is given. It very likely appeared in the 1910s-1920s, possibly prior to Paul Leni's classic silent picture WAXWORKS (1924).

Of related interest: in Leroux's THE MAN WITH THE BLACK FEATHER (aka THE DOUBLE LIFE OF THEOPHRASTE LONGUET), there is a chapter bearing the title "The Wax Mask"... but it has nothing to do with the story of the film.
Posted by Tim Lucas at Thursday, October 06, 2011