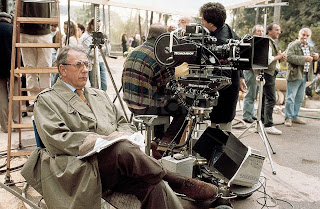 I have just learned of the death today of legendary Italian film producer Luciano Martino, the brother of director Sergio Martino﻿, at the age of 80. Simply put, the Golden Age of Italian Fantasy would have been no more than an aberration without his financial support and encouragement of this man, who sometimes went by the name of "Martin Hardy" on screens trying very hard not to appear Italian. Among his most important productions: Brunello Rondi's IL DEMONIO, Mario Bava's THE WHIP AND THE BODY, Antonio Margheriti's THE GIANTS OF ROME, Romolo Guerrieri's THE SWEET BODY OF DEBORAH, Umberto Lenzi's SO SWEET... SO PERVERSE (aka ORGASMO), Giuliano Carmineo's WHAT ARE THOSE STRANGE DROPS OF BLOOD ON JENNIFER'S BODY?, Lenzi's CANNIBAL FEROX, Lamberto Bava's BLASTFIGHTER, and Sergio's own marvelous series of giallo thrillers, including THE CASE OF THE SCORPION'S TAIL, THE STRANGE VICE OF MRS. WARDH and ALL THE COLORS OF THE DARK. He continued to produce as recently as last year, and he was also credited as a writer or co-writer on many films of the early 1960s, often with the great Ernesto Gastaldi﻿, including Sergio Leone's THE COLOSSUS OF RHODES and Alberto De Martino's MEDUSA AGAINST THE SON OF HERCULES. The husband of actress Wandisa Guida (the innocent female lead of the first Italian horror picture, I VAMPIRI), Martino was credited with discovering and fostering the career of Edwige Fenech, one of the great European sex sirens of the 1970s. We owe him more than we can ever repay, but his movies will hold our attention through posterity!
Posted by Tim Lucas at Wednesday, August 14, 2013 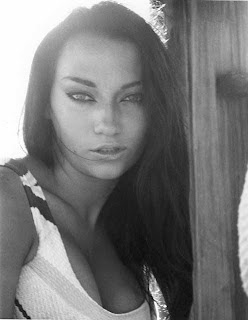 Francesca "Kitten" Natividad has just posted on Facebook news of the death of Russ Meyer actress Haji at the age of 67. Haji (real name: Cerlet Catton) was best known as the Italian third of the female gang in FASTER, PUSSYCAT! KILL! KILL!, but she also appeared a few short times in his other masterpiece BEYOND THE VALLEY OF THE DOLLS, as well as more conspicuous roles in MOTOR PSYCHO, GOOD MORNING... AND GOODBYE! and SUPERVIXENS. Outside of Meyer's orbit, she also appeared in such exploitation fare as BIGFOOT, WHAM! BAM! THANK YOU, MR SPACEMAN and ILSA, HAREM KEEPER OF THE OIL SHEIKS, as well as in John Cassavetes' THE KILLING OF A CHINESE BOOKIE.

Though her stage name carried a heady whiff of more exotic intrigue, Haji was North American -- a Quebecoise, according to most printed sources, though her own Facebook page set her origins in Halifax, Nova Scotia. She found her way into acting as an exotic dancer, taking her stage name from a term of endearment given her by her brother. She was the fiancée of actor and impressionist Frank Gorshin at the time of his death, at age 72, in 2005. According to Natividad, Haji was in apparently good health but succumbed to a heart attack shortly after complaining about not feeling well.

He Burns For VIDEO WATCHDOG 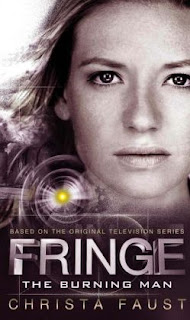 I haven't yet seen this for myself, but I'm told that VIDEO WATCHDOG gets a couple of nice mentions in Christa Faust's latest novel, THE BURNING MAN, the second of three projected books spun off from Fox's sci-fi series FRINGE. Robert W. Getz wrote to tell me: "THE BURNING MAN concerns itself with the early years of the show's Olivia Dunham [played on the show by Anna Torv]. One character, we're told, 'always read his copy of VIDEO WATCHDOG as slowly as he could so it would last as long as possible.'" 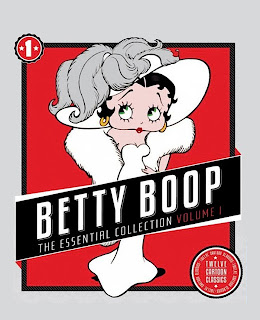 This new Olive Films release was dropped through the mail slot today, for which I count myself a fortunate man. (Though I would count myself as still more fortunate if Olive would kindly upgrade VW's screeners to Blu-ray.) I watched two of the cartoons while eating a late breakfast; they were both restored from UM&M TV Corp. fine grains or negatives, so the source materials date back only to 1955. The surreal "Chess Nuts" (1932) looks like a fine grain, nice but not too substantial an improvement over what we have seen before; but the hilarious "Betty Boop, M.D." (also '32), with its uproarious closing poke at Fredric March's Mr. Hyde, looks a good deal more detailed and suggests negative sourcing.

I am annoyed, as I imagine many other collectors are or will be, that Olive Films appears to have been guided in compiling the Boops by which titles are not in the public domain. As a result, these sets are pitched to casual fans rather than being given the deluxe box set, complete-and-in-chronological-order treatment. (IndieWire's Jerry Beck has pointed out that only one title in this set, "Betty Boop's Rise To Fame" (1934), is in the public domain. There are a dozen cartoons in this set, ranging from 1932 to 1937, and a second "Essential Collection" has been announced for September.