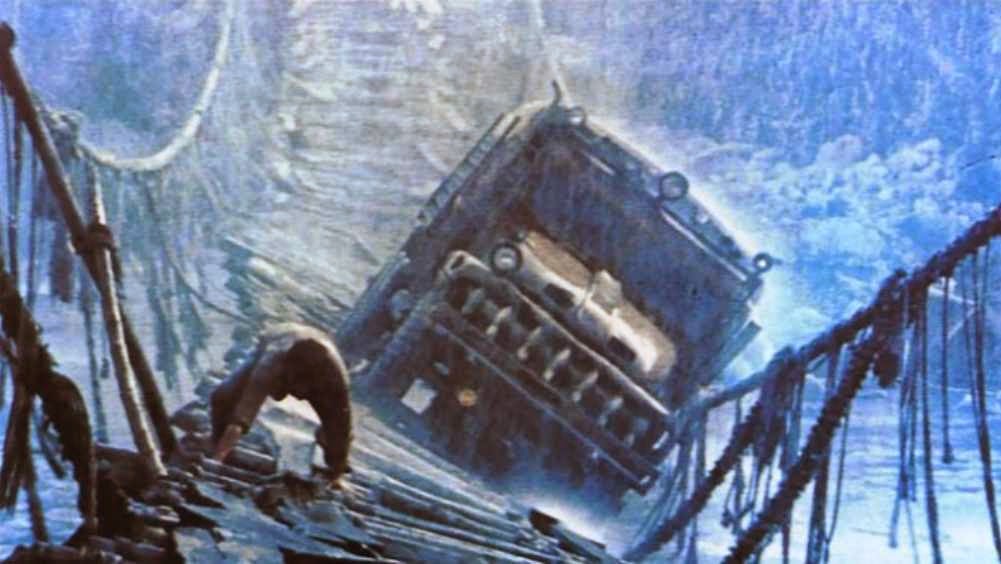 Still an editing nightmare that spends its first hour elliptically globe-hopping to introduce four losers we never get to know, William Friedkin's SORCERER arrives on Blu-ray with jungle foliage newly the color of a Jelly Belly Green Apple bean. Unlike Clouzot's original THE WAGES OF FEAR, this not-a-remake isn't an exercise in unbearable suspense so much as an attempt (to paraphrase Franju) to "twist the audience's head off" with extended scenes of miserable cyphers enduring the worst a South American Mother Nature can deal out as they run a fool's errand. Hardly the best film Friedkin ever made, as he claims, but probably not the worst film ever made by someone pretending they were Werner Herzog. The harrowing bridge scene still makes the misguided trip moderately worth taking, and the original emerges from its shadow all the more impressive. No extras, but the BD Book packaging includes a 40-page chapter about the film from Friedkin's autobiography. There is also a letter from the director, in which he basically admits that the film came about because his new house in Bel Air was getting to him. (Warner Home Video, $27.98)
Posted by Tim Lucas at Thursday, April 24, 2014

This bizarre artwork is a detail from the dust jacket of the US hardcover edition of Ngaio Marsh's 1949 mystery novel A WREATH FOR RIVERA. When I was a kid, my mother and grandmother sometimes took me to Salvation Army thrift stores in our neighborhood, where I was turned loose in the used book department while they did their own foraging and rummaging. One day, they took long enough at their shopping that I exhausted the store's supply of comics and children's books and began browsing outside my usual perimeters. 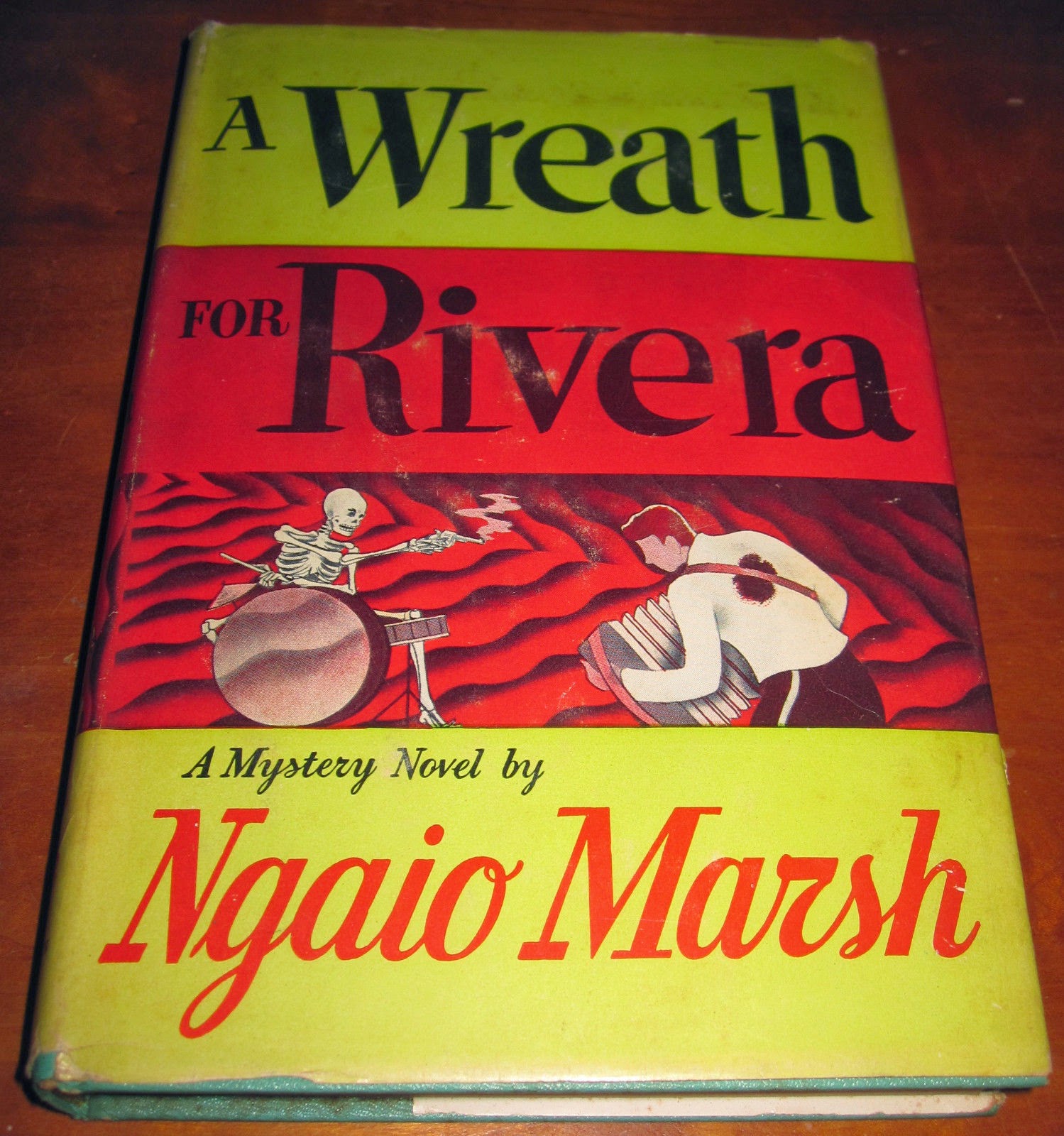 A WREATH FOR RIVERA became the first adult novel I ever owned - the beginning of a life-long collection. I remember having to talk Mom and Granny into it; they said it was too grown-up for me, but something in me responded to this cover art and I had to have it. I'm sure I saw this before I ever saw Ray Harryhausen animate skeletons in JASON AND THE ARGONAUTS - and I didn't see 7TH VOYAGE OF SINBAD until its 1970s reissue - so this was the first animated skeleton, so to speak, in my experience.

Long story short, I was allowed to have it - it was only a quarter or something. As it happens, I never did read it, probably because I couldn't find any passages about a skeleton drummer inside, but I kept it for a long time. from that day forward, whenever we returned to the local Salvation Army store, I went straight to the book department in search of more cool covers. As a result, I acquired a fairly sophisticated collection of fiction (mostly paperback) at a young age; one of my favorite childhood memories dates back to a visit from my out-of-towner Uncle Larry, who looked through my collection and called out to my mother, "Hey, Bones! This boy of yours has good taste!" I think I must have become a critic then and there. (Yes, my mother's nickname was Bones. Interesting, isn't it?)

I remembered this old book and its cover art out of nowhere a couple of nights ago and went looking for a scan of the dust jacket. The picture isn't exactly how I remembered it - for some reason, what I told myself in memory was that the cover showed a dozen or so skeletons firing Lugers at each other - but nope, this is definitely the book that nudged me into the wonderful world of vintage used hardcovers at the age of five or six.

Reader John Seal writes: "You may be interested to know that LA art punks Monitor cribbed the Marsh book cover for their 'Beak/Pet Wedding' single in 1979. Great band – I saw them open for Cabaret Voltaire in late 1980." 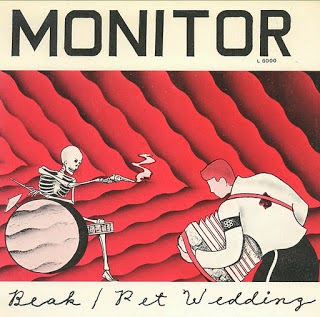