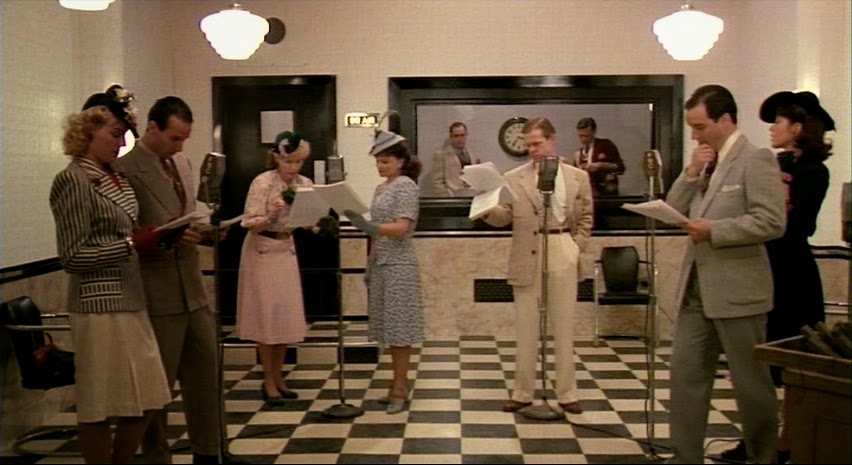 RADIO DAYS (1987, Twilight Time)
Though not as high profile as ANNIE HALL or CRIMES AND MISDEMEANORS, this warmly nostalgic, episodic look back at the preeminence of radio in 1930s and '40s life is one of Woody Allen's finest achievements. Because the subject is radio, and because Woody's representative is a youngster (Seth Green), the fantastic side of radio programming is accentuated, but the whole film and each of its vignettes could furthermore be said to address the thin wall dividing fantasy from reality - the revelation that radio's "Masked Avenger" is played by Wallace Shawn, the squeaky voiced cigarette girl (Mia Farrow) who becomes a haughty-toned high society commentator, the woman spied undressing through her apartment window by a group of kids later being introduced as their new schoolteacher, and the haunting moment when a Nazi U-boat may or may not be spied off the coast of Rockaway Beach. Even the biggest names in the movie have the smallest parts. Best of all, while the film has its share of neurotic characters, the film itself doesn't feel remotely neurotic for a change, and while there is a discernible AMARCORD influence at work, it doesn't cop the operatic style of that influence. The period setting is impeccably well sustained, from the five-and-dime storefronts to the heavenly interior of Radio City Music Hall, and it all builds to what may be the finest closing shot in Allen's filmography. I could easily see this film becoming a New Year's Eve favorite, much like A CHRISTMAS STORY has become for Thanksgiving and Christmas Day, if more people were aware of it - even though it tells us that the technology that really brought people together is a thing of the past. A must-see, beautifully brought to BD by Twilight Time, with an isolated Music and Effects track. 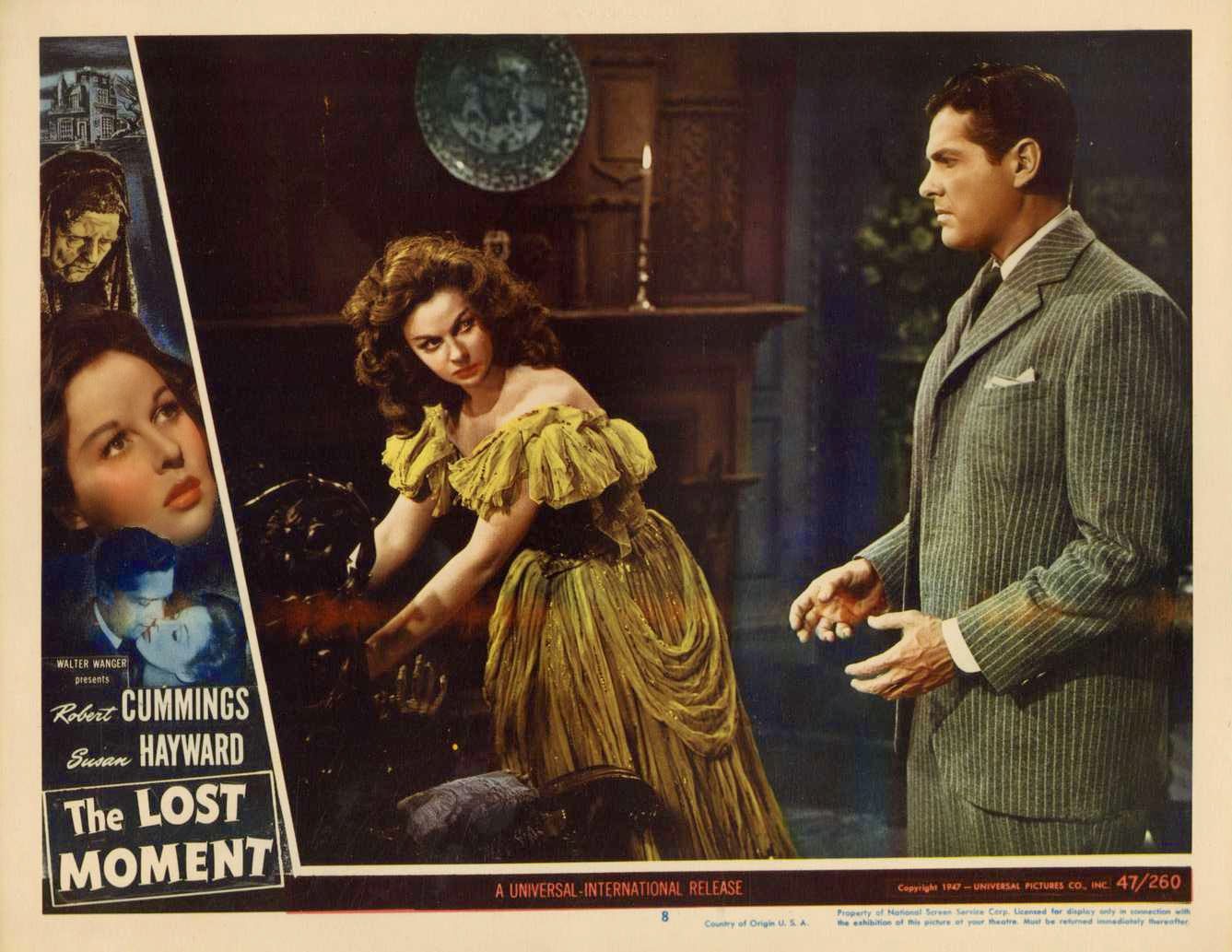 THE LOST MOMENT (1947, Olive Films)
Lurking behind this bad title is a surprisingly grand, highly romantic gothic mystery based on Henry James' THE ASPERN PAPERS. Robert Cummings stars as a New York publisher determined to obtain the never-before-published love letters of a 19th century poet to his muse. To obtain them, he poses as a novelist and arranges to rent a room in the villa in Venice where the poet lived and died, and where his muse still lives at the age of 105 (Agnes Moorehead, giving an impressive performance in astounding makeup for its time), looked after by her icily prim niece (Susan Hayward). Shortly after he moves in, the sound of piano music lures Cummings to a closed section of the villa where he is astonished to find the poet's muse - as he knew and loved her, nearly a century before - has he really travelled back in time, or is she the muse's niece, reliving her aunt's famous love story to compensate for her own loveless life? Tragically, this was the only film ever directed by actor Martin Gabel, a member of Orson Welles' Mercury Theater who shows a tasteful yet economical command of the medium; it's doubtful that Welles himself could have done much better with the material, and it's very good material indeed, scripted by Leonardo Bercovici (PORTRAIT OF JENNIE, THE BISHOP'S WIFE). The film is slightly let down by Cummings' light-weight, possibly miscast presence, but Hayward is ravishing and Moorehead unforgettable. With memorable support from Joan Lorring, Eduardo Ciannelli and Minerva Urecal. 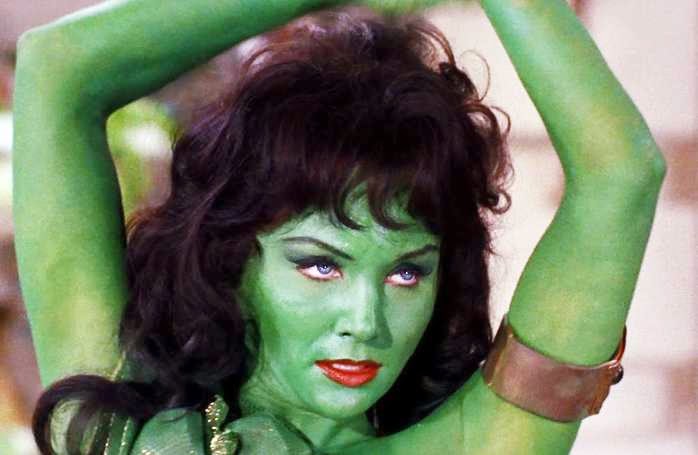 THE GREEN GIRL (2014, thegreengirlmovie.com)
This documentary by George Pappy is a most welcome profile of the late and unjustly forgotten actress Susan Oliver, who died in 1990 at the age of 58, but it's also - in many ways - the story of a profession with its own growing pains and related sacrifical victims. Though named in tribute to Oliver's best-remembered role, as the torrid dancer Vina on the pilot STAR TREK episode "The Cage" (which became the later two-part episode "The Menagerie"), the film doesn't dwell unduly on that one highlight; it correctly attends to Oliver's remarkably unique and diverse career as possibly the only "Guest Star" of the Golden Age of Television to have earned that distinction without first (or ever) becoming a top-billed star in films or television. She achieved that standing by bouncing from one outstanding one-shot performance to another. She did have a dozen or so film roles to her credit (the biggest being the second female lead, after Elizabeth Taylor, in BUTTERFIELD 8), and she held onto her blonde, blue-eyed good looks so long she was able to play a college student while in her late thirties. However, she did not play "the game"; Oliver rejected both a Warner Bros. feature contract and several offers of her own series, so determined was she to remain available to whatever best opportunities on stage or screen might come along - alienating moguls and agents alike, regardless of the outstanding performances she continued to give or how well-liked she was by her directors and fellow actors. Indeed, one of her last career-sabotaging decisions was to decline a friend's campaign to secure a star for her on the Hollywood Walk of Fame - because she didn't "believe" in stars, only in good work. 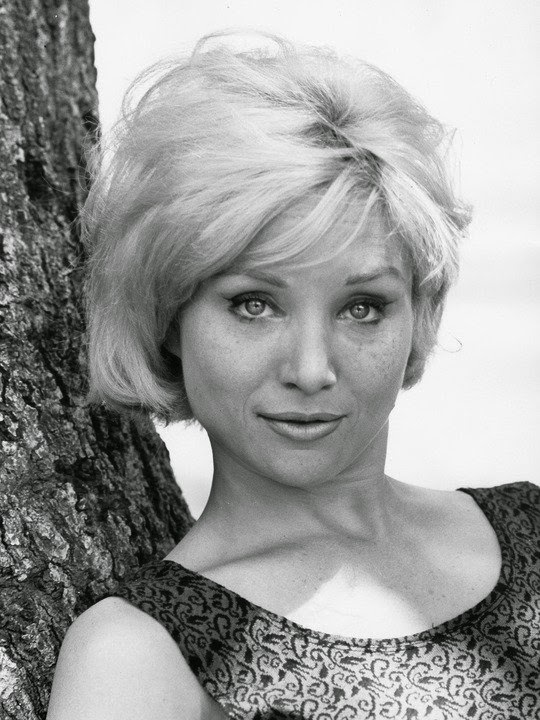 Interviewing Oliver's surviving relatives, fellow actors, friends and lovers, as well as some critics, Pappy delineates the special person she was: spontaneous, adventurous, courageous, creative, but above all, willful and determined to live by her own rules - though, ironically, she would only briefly outlive her even more dominant, controlling mother, the astrologist Ruth Oliver, who raised her as a single mother from the age of three. The film packs an overwhelming legacy of work (represented by numerous film and TV clips) into its first 30 minutes, with the balance exploring her personal life and secondary lives as an aviator and feminist, and she comes across vividly in all her splendor and faults. Though the film is complimentary about her few efforts as a director, the clips don't really support the commentators' enthusiasm, and while the film industry is often blamed for not being more flexible in accommodating her, it's apparent that many of her problems originated (as one friend bashfully admits) with "Susan just being Susan." That said, whatever her personal angels and demons may have been, they were also the raw materials she brought into play as an exceptional and memorable actress, whose talent played a large part - more than 130 guest appearances on different series! - in making the 1960s the first great decade of television drama.

If you already remember Susan Oliver's work fondly, I don't have to sell this; you already want it. But I'll go the extra mile to say that, if you're a working actor, you can't really say you know your profession unless you are familiar with this woman and her story. Available on DVD-R directly from this link for $19.99.