RIP Italian actor Ivo Garrani, who has passed away in his sleep on March 25 at the age of 91. Garrani was best remembered for playing Prince Vajda (the father of Barbara Steele's character) in Mario Bava's BLACK SUNDAY (pictured), but he had a long history of playing compromised or corrupt noblemen in earlier films that Bava photographed, including HERCULES, ROLAND THE MIGHTY and THE GIANT OF MARATHON. He also worked with Bava on Leopoldo Trieste's CITTA DI NOTTE and the first Italian science fiction film, THE DAY THE SKY EXPLODED.

Thanks to Luca Rea's interview with Garrani for my book MARIO BAVA - ALL THE COLORS OF THE DARK, we know that the THE DAY THE SKY EXPLODED - though officially credited to Paolo Heusch - was in fact first proposed and covertly directed by Mario Bava, officially its cinematographer and special effects artist.

Additionally, Ivo Garrani he appeared in such films as ATOM AGE VAMPIRE, HERCULES AND THE CAPTIVE WOMEN and THE SLAVE, as well as Roberto Rossellini's GENERALE DELLA ROVERE, Luchino Visconti's THE LEOPARD and the Napoleon epic WATERLOO.
Posted by Tim Lucas at Thursday, March 26, 2015 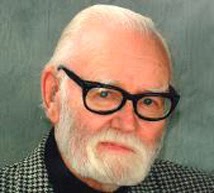 A name to conjure with! Ib J. Melchior was the writer-director of THE ANGRY RED PLANET and THE TIME TRAVELERS, screenwriter of JOURNEY TO THE SEVENTH PLANET, REPTILICUS, ROBINSON CRUSOE ON MARS and PLANET OF THE VAMPIRES, and author of the source story of DEATH RACE 2000, among many other accomplishments - including the writing of an original project, SPACE FAMILY ROBINSON, a concept overridden by Irwin Allen's LOST IN SPACE series. It was announced today that he died last Friday, March 13, at his home at the grand old age of 97 - less than half a year after the passing of Cleo Baldon, his wife of many decades, last October.

The son of the great opera tenor Lauritz Melchior, and a world-renowned historian and author of several volumes of history in his own right, Ib signed just a handful of films, but they each had impact and were enough for him to assert himself in a time of great competition as one of the movies' most distinctive men of imagination (prompting the title of Robert Skotak's fine biography IB MELCHIOR - MAN OF IMAGINATION). He also wrote episodes of MEN INTO SPACE and THE OUTER LIMITS ("The Premonition").

On October 10, 1993, I had the privilege of spending a marvelous hour with Ib in his magnificent, cluttered home near the Chateau Marmont, off the Sunset Strip, interviewing him for MARIO BAVA - ALL THE COLORS OF THE DARK. Ib had archived his own career meticulously in a series of scrapbooks, in one of which he shared with me the only letter I've seen to date written by Bava. Shortly after sending him a complimentary copy, he sent back a postcard praising the book lavishly, but he he had some disagreements with my interpretation of Bava's remarks about their working relationship on PLANET OF THE VAMPIRES, which he later discussed in the 2009 book SIX CULT FILMS OF THE SIXTIES, co-authored with Skotak. I remember him laughing heartily when I produced from my handbag my long-treasured paperback of REPTILICUS for him to sign. We also talked a bit about the actress Greta Thyssen, who had appeared in the films he made with producer-director Sid Pink, who described her in his autobiography SO YOU WANT TO MAKE MOVIES as being a walking illusion, with fake hair, fake chest, etc. Ib gallantly contested this, telling me that he had dated Greta and that she was "all real."

As I'm glad I was able to express to him, he was a very important figure in 1960s science-fantasy, and I still consider THE TIME TRAVELERS - a film made entirely with theatrical and in-camera special effects - one of the few American science fiction movies that can truly be termed a triumph of the imagination. My condolences to Robert Skotak and others in my circle, whom I know have lost a dear and irreplaceable friend.

Here is something not previously shared with the public, a postcard we received from Ib shortly after he received his copy of MARIO BAVA - ALL THE COLORS OF THE DARK. Needless to say, an honored keepsake. 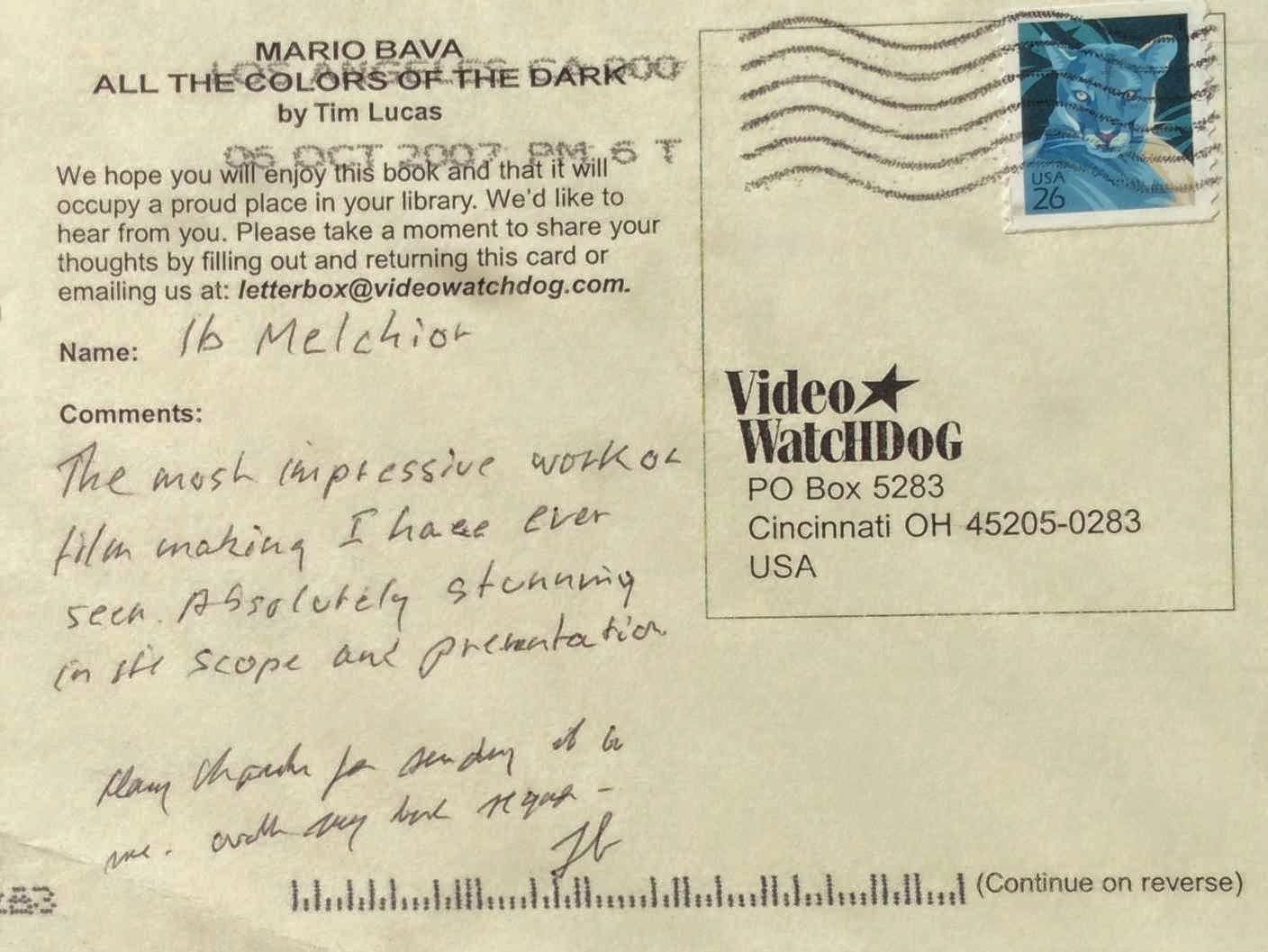 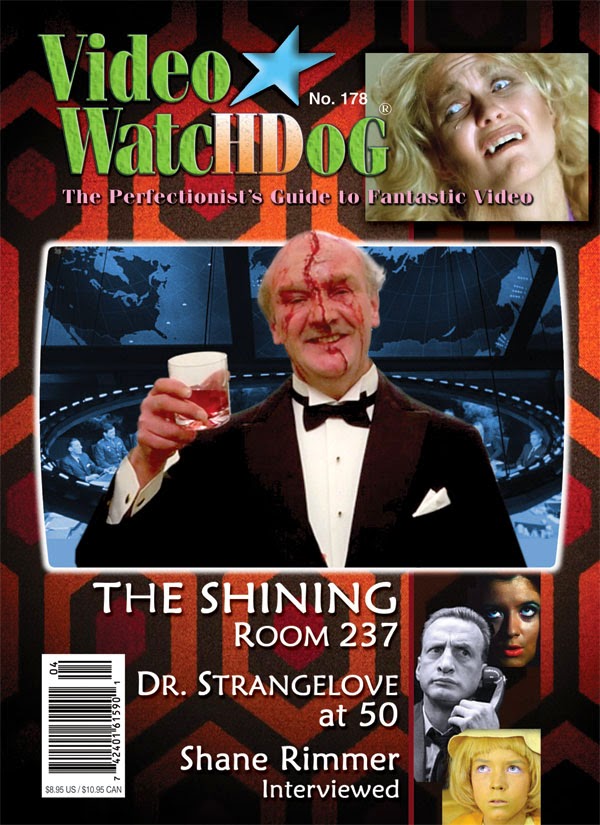 Our first issue in more than half a year! It's at the printer now and should start mailing to subscribers a week from next Monday. The digital edition will premiere two weeks later, once the hard copies have had a chance to hit. We're back in the saddle, folks, and it feels good. Thanks for your patience.

For more information about this issue's contents, click here.
Posted by Tim Lucas at Thursday, March 12, 2015 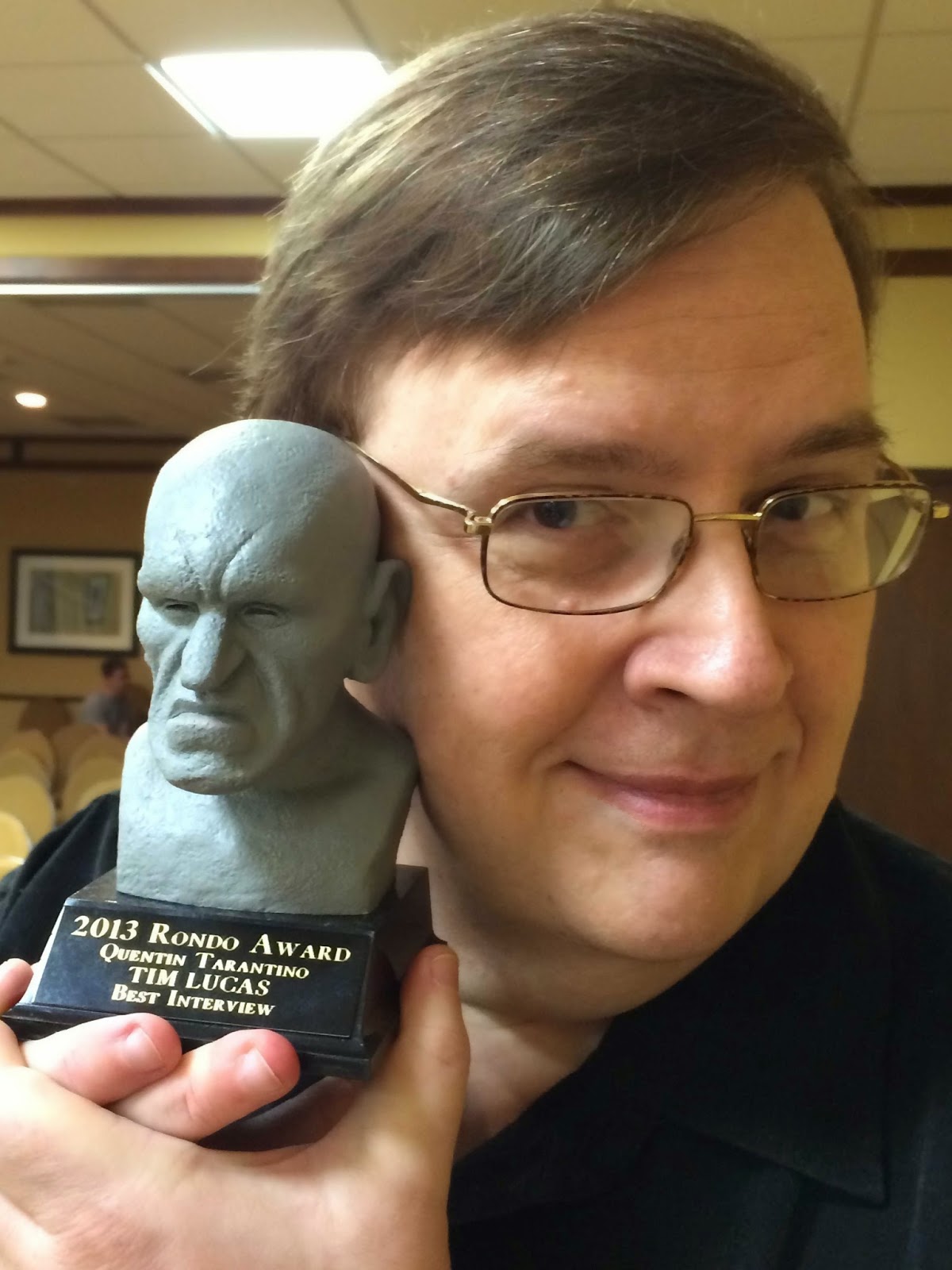 This morning, David Colton announced the nominees for the 2014 Rondo Hatton Classic Horror Film Awards, which will be presented at Wonderfest in Louisville, Kentucky, on the last Saturday evening in May. This year, there are nominees in 26 categories as well as an additional 9 write-in categories. You can follow this handy link to the complete ballot.

As far as those nominations concerning VIDEO WATCHDOG, me or this blog are concerned, we were very happy to receive a total of 10 nominations.

As I mentioned earlier, there are 9 additional categories requiring write-in votes, and I encourage you to remember VIDEO WATCHDOG and its hard-working contributors in these and other categories welcoming write-in choices.

When voting, I would personally urge everyone to remember VIDEO WATCHDOG's most important accomplishment of 2014: Donna Lucas' painstaking development of VW's dazzling Digital Archive, which was not nominated... because it's too far ahead of the curve to have a category! Which form of acknowledgement would suit the achievement best - Best Artist? Henry Alvarez Award for Artistic Design? Monster Kid of the Year? Certainly no one worked harder for the genre this past year - publishing 176 digital issues, plus the digital edition of MARIO BAVA - ALL THE COLORS OF THE DARK, across all platforms and all with interactive content - so keep her in mind!

Voting ends at 12:00 Midnight on April 19 and ballots must be submitted to David Colton at taraco@aol.com.
Posted by Tim Lucas at Monday, March 02, 2015