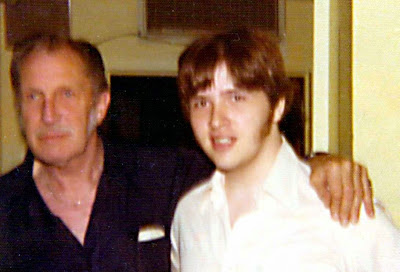 As I've mentioned here before, I once had the great pleasure of meeting and interviewing Vincent Price at Dayton's Memorial Hall, when he was up there preparing to star in a Kenley Players production of "Damn Yankees." The date was July 13, 1976. Since I had the opportunity to conduct the interview but didn't drive, my friend Brian Gordon offered to drive me up for a chance to take part. I was recently interviewed about this experience for a forthcoming COLUMBUS MONTHLY story about the Kenley Players by Peter Tonguette, who was interested in seeing the other photos I took on this important day. Granted, they aren't very good photos - it was not the best camera, and there was no way of telling what I had until the shots came back from the drugstore - but they have a certain historical value to aficianados of regional theater and Mr. Price himself. 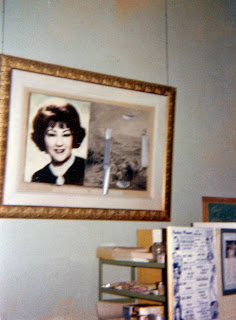 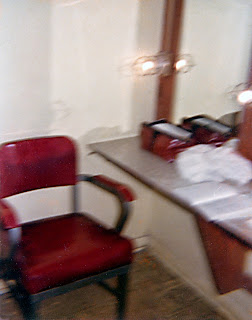 The first shot to the left is a picture of a wall in the theater's green room area. Even in 1975, the tinted photo of Ethel Merman looked very old and obviously one of her co-stars had come loose from his or her gaffer's tape. It seemed to say something profound about the world of show business and its backstage realities and I'm glad I preserved it. I remember the receptionist chiding me with a smile as I took the photo: "Now don't be making fun of my green room." The second photo, as you might guess, was taken in Mr. Price's dressing room and shows where he sat as I conducted the very first interview for MARIO BAVA - ALL THE COLORS OF THE DARK.

But if any of these shots has anything more than curiosity value it's this last one. As Brian and I were leaving, making our way through the seats toward the exit, we heard Mr. Price and a keyboard accompanist beginning to rehearse a song-and-dance number onstage - probably "The Good Old Days," as it was his character's only solo number. We stayed and watched for a minute and - perhaps inappropriately - I snapped this photo of the rehearsal just before we left. I've never seen any stills documenting this performance, so this image just might be all there is. 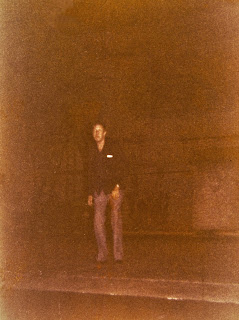 To round things off, I was able to find this reproduction of the play's program book via Google. I had no idea that Pia Zadora had the female lead in this production! 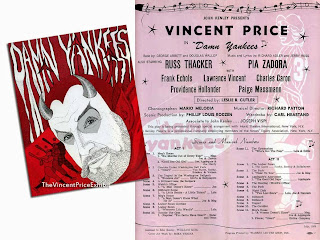 All original photos (c) by Tim Lucas. All rights reserved.