KINGS OF THE SUN reviewed 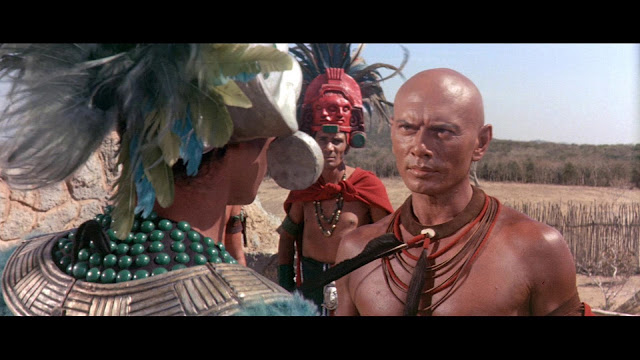 Kino Lorber's KINGS OF THE SUN (1963, $29.98 BD/$19.98 DVD) comes packaged in what appears to be eye-popping Frank McCarthy artwork of Yul Brynner and George Chakiris engaged in mortal battle before the stirring backdrop of an Aztec pyramid with a roiling red sun arising behind it. It's the original United Artists poster art for the picture, but seeing it makes one realize how uncommon to see such graphically splendid art gracing a Blu-ray package; and, fortunately, it makes a promise of old-fashioned matinee spectacle that the film pretty much delivers.

Set in an unspecified time (the trailer says "a thousand years ago") and narrated by an uncredited James Coburn, the story opens with the young Mayan prince Balam (Chakiris) inheriting his slain father's crown at the very moment that the army of Hunac Ceel (Leo Gordon) sieges his pyramid temple to challenge his claim to it. Balam - assisted by sage advisors that include a heavily bewigged Richard Basehart and a strapping Barry Morse - leads his people to ships that take them safely away to a new shore. There, theypresumptuously begin to rebuild their city before meeting or making peace with the Native American locals, led by Black Eagle (Yul Brynner). Black Eagle is wounded in get-acquainted battle with Balam, carried behind the Mayans' fortress walls, and nursed back to health by the raven-haired Ixchel (THESE ARE THE DAMNED's Shirley Anne Field), who hasn't the authority to inform him that he is being restored in order to be sacrificed to ensure, as per their culture's tradition, that their lands remain green and fertile - unaware that this new land has never known the droughts of their former stomping grounds. Naturally there is a love contest between the two kings for the unusually blue-eyed Ixchel, whose very existence brings the two cultures together while also driving them apart. But the eventual surprise arrival of a common enemy (guess who?) restores things to their proper balance in time for a rousing finale.

Directed by J. Lee Thompson and primarily scripted by James R. Webb (previous collaborators on 1962's CAPE FEAR), this film may be guilty of rechewing some dramatic conflicts as old as Shakespeare and dressing them up in some amusingly fruity costumes and anachronistic hairstyles, but the dialogue and staging have real conviction. If Chakiris doesn't carry the same weight as Brynner, this storyline admits as much (he has to learn what Black Eagle already knows, not only about fighting but about loving), and one of the most interesting passages of the film is when the two cultures lower their weapons and become hesitantly receptive to what they stand to learn from one another. (Judged solely from appearances, the movie seems to think that one of the great Mayan contributions to our culture was pomade, but they fortunately stress engraving.) Both Brynner and Chakiris move as lithely as the dancers they were in the fight scenes, but Brynner is particularly fascinating in that he gives the more proudly physical performance; he also imbues his character with a cat-like sensuality rarely encountered in films of this type. Because of this, Black Eagle is not only a warrior but a man as comfortable in his soul as in his physical being, and thus worthier of Ixchel than the man introduced as our hero.

Shot mostly on location in Yucatan and Sinaloa, Mexico, the film's sense of spectacle is on par with the Tarzan films being shot at various points around the world at this time (ie., TARZAN GOES TO INDIA) and there are battle scenes engaging literally hundreds of extras. It occasionally crosses one's mind that this is the kind of picture that Mario Bava could have shot a lot cheaper and sometimes to even greater effect, but there is much here that Bava could not have done so well on a tighter budget. Further bolstered by a rousing Elmer Bernstein score and the anamorphic cinematography of Joseph McDonald (MY DARLING CLEMENTINE, NIAGARA, BIGGER THAN LIFE), this is a nice surprise. 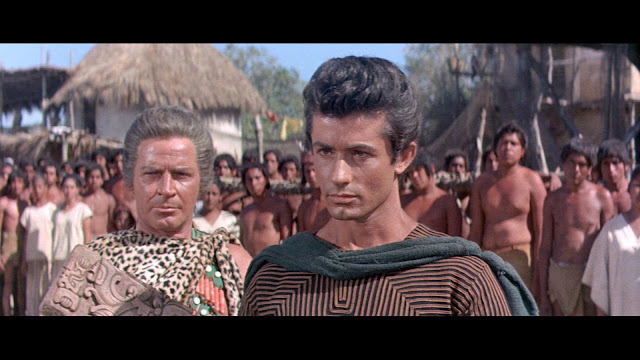 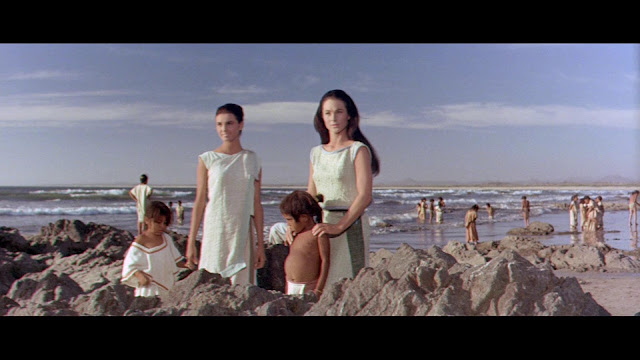 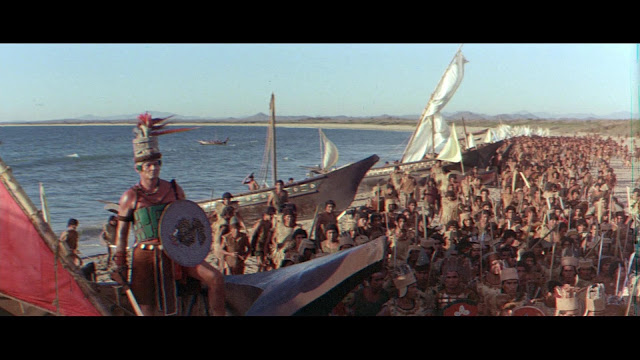 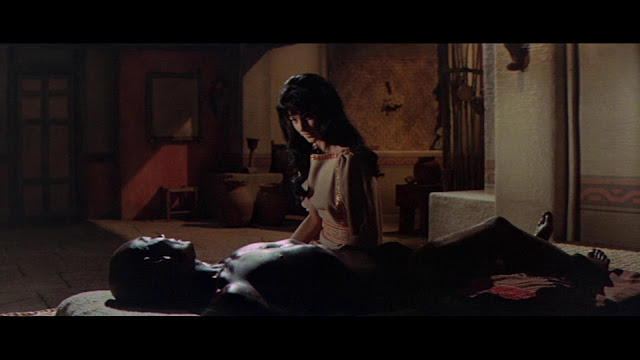 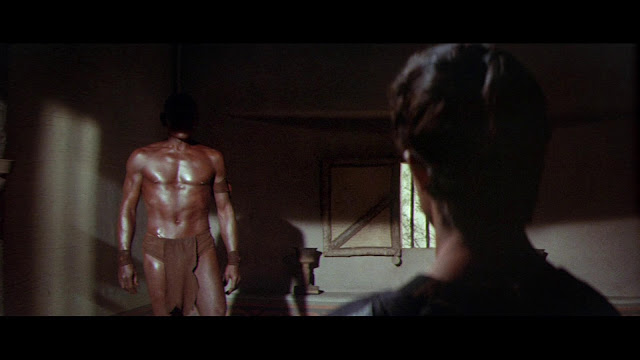 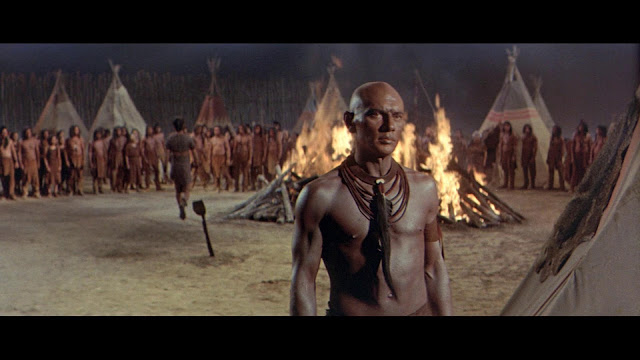 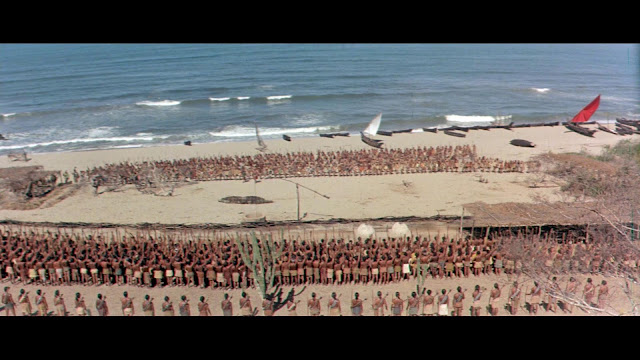 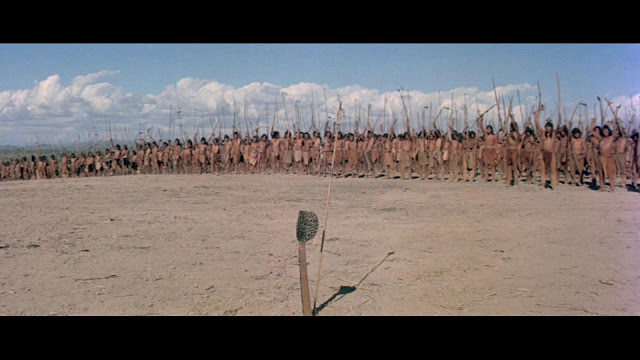 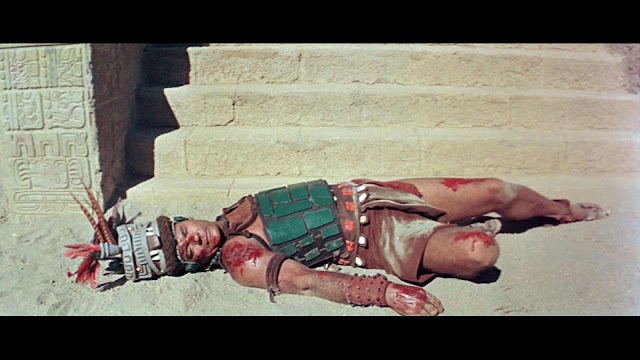