April 5, 2016 Fair Lawn, NJ – Motion picture film preservation and restoration company Film Media announced the October 4, 2016 release of Vampire Ecstasy and Sin You Sinners, two seminal films from director Joseph W. Sarno, to Blu-Ray and HD Digital.  This day-and-date Blu-ray and HD digital release is the first in a planned series that will comprise the largest collection of Joseph W. Sarno films under one label.  Also contributing to the series are Tim Lucas, noted film critic and editor of Video Watchdog, who will provide liner notes; and Joe’s widow Peggy Steffans Sarno, who will provide context and invaluable insight into Joe’s process.

About the Vampire Ecstasy / Sin You Sinners Double Feature Blu-Ray
Magic amulets, occult rituals and an undying curse drive tales of sexual jealousy and forbidden desire in Joseph W. Sarno’s Sin You Sinners and Vampire Ecstasy, presented together for the first time in High Definition.
Sin You Sinners (1963) – An aging exotic dancer uses occult forces in the shape of a magic amulet to maintain her youth and beauty.  Discovering her secret, her jealous daughter and employer hatch plots to steal the amulet for themselves.  When the amulet goes missing, it sets off a chain of events ending in murder. 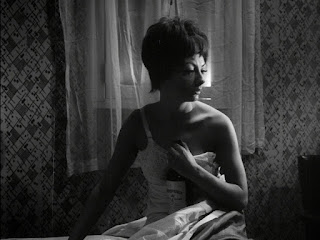 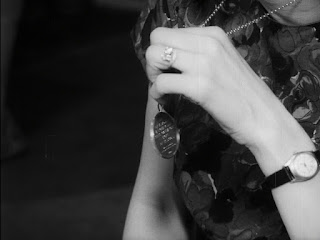 Vampire Ecstasy (1973) – Three beautiful young women arrive at a grim and secluded castle, eager to claim their inheritance.  In the castle basement, a coven of witches dance in a wild  ritual, invoking the spirit of their deceased vampire leader.  That same night, a brother and sister arrive, warning of the castle’s evil curse.  But too soon they also fall under the witches’ spell, and the stage is set for the return of the Baroness Varga, for the vessel has been chosen! 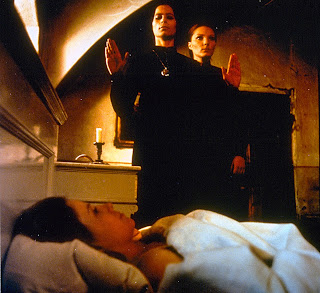 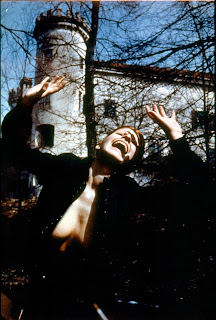 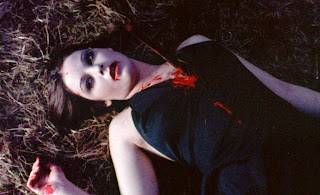 Additional information can be found at filmmedia.org
Posted by Tim Lucas at Tuesday, April 05, 2016