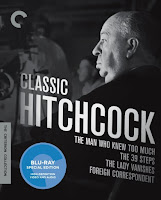 I've been enjoying myself the last couple of days, exploring the extensive supplementary contents of Criterion's recent CLASSIC HITCHCOCK box set, and I believe I've just spotted something that may qualify as an important historical eureka. The disc for 1935's THE 39 STEPS includes a half-hour documentary entitled HITCHCOCK: THE EARLY YEARS, which is of particular value for including on-screen reminiscences of several gentleman who worked as Hitch's editors and assistants during his formative British period. Still more important, however, was the surprise I got during former 3rd assistant Teddy Joseph's reminisce about a practical joke played on him during the filming of SABOTAGE (1936). This story was illustrated by a clip from the picture, detailing a scene which the documentary describes as the film's most famous: it shows a boy named Stevie (Desmond Tester) running an errand, unknowingly transporting film cans that contain a high explosive. To ramp up the suspense, Hitchcock has the young messenger caught up in a crowd assembled to see the Lord Mayor's Show procession. I've seen the film several times before, but not until now did I happen to notice a couple of familiar faces in the crowd. 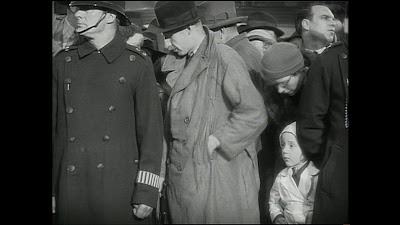 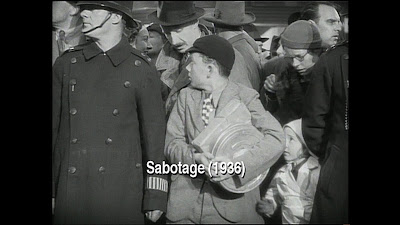 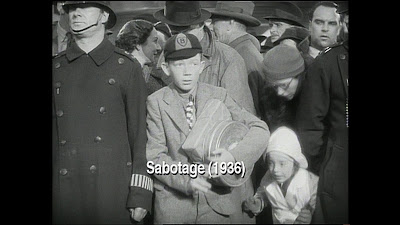 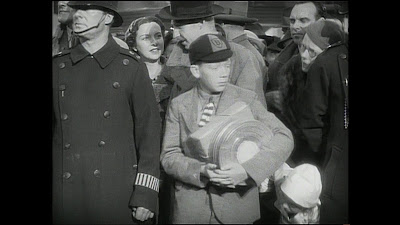 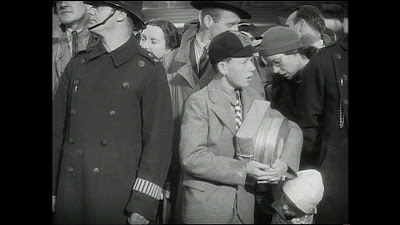 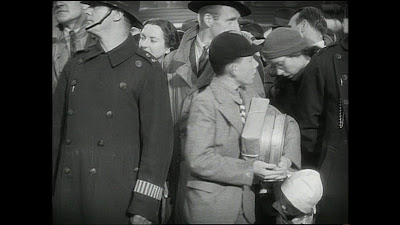 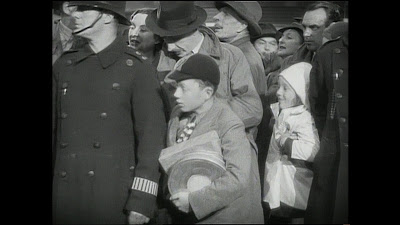 Yes, indeed! The child whose view of the parade is blocked by Stevie is unmistakable as the young Patricia Hitchcock, daughter of the esteemed director, who went on to become one of the outstanding character actresses of her time. According to the IMDb, Ms. Hitchcock's first appearance in a theatrical feature was her father's STAGE FRIGHT (1950), preceded only by a TV movie in 1949. I can't recall this cameo ever being mentioned in any of the many books about Alfred Hitchcock that I've read.

But what makes this clip still more valuable is that Alma Reville - who contributed to the screenplay and was also the esteemed Mrs. Hitchcock - is also on view to play the child's mother, fussing over her little girl and finally hoisting her up to see the Mayor as he passes on horseback. Mrs. Hitchcock's only other known appearance in a Hitchcock film was in THE LODGER (1927), in which she briefly appears as a woman listening to a wireless.