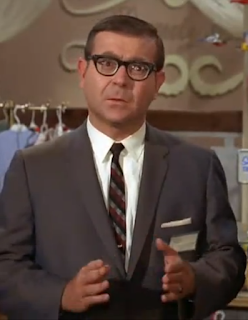 RIP to the wonderful comic actor and voice artist Marvin Kaplan, who has reportedly passed at the age of 89. Fans of my generation remember him as the voice of "Choo-Choo" on the Hanna-Barbera animated series TOP CAT, but he also made early impressions in a several TV appearances from that era - as a regular on MEET MILLIE and as a guest on THE RED SKELTON SHOW, MAKE ROOM FOR DADDY, and even serious dramas like M SQUAD and THE DETECTIVES. His feature film work included FRANCIS, ANGELS IN THE OUTFIELD, THE NUTTY PROFESSOR, IT'S A MAD MAD MAD MAD WORLD, THE GREAT RACE, THE SEVERED ARM (!), FREAKY FRIDAY (Jodie Foster version), David Lynch's WILD AT HEART and Larry Blamire's DARK AND STORMY NIGHT. Later television work included steady roles on ALICE, BECKER and David Lynch's ON THE AIR. He and I had friends in common, and my condolences go out to all who are saddened by his loss. 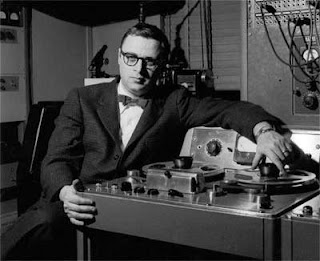 Today we also lost Rudy Van Gelder, a career optometrist who retired from his day job in the late 1950s to become the most creative and celebrated recording engineer in the history of jazz. His work for Alfred Lion's Blue Note label touched the careers of John Coltrane, Miles Davis, Thelonious Monk, Art Blakey and dozens of others. He was such a uniquely talented technician that the label eventually honored with an album - featuring all these artists and more - entitled THE BEST OF RUDY VAN GELDER. He was 91. 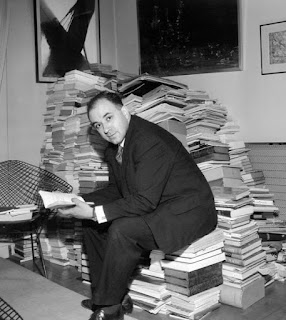 I was also very sorry to hear of the passing of French writer Michel Butor. Butor was unusual in that he was generally revered as a novelist but actually wrote very few novels (even fewer translated into English) and, so far as I'm aware, the only writer associated with the exciting nouvelle roman (or "new novel") literary movement of the late 1950's and early '60s - along with Alain Robbe-Grillet, Nathalie Sarraute, Marguerite Duras, Claude Simon, etc - who rejected that classification of his work. The bulk of his work, I understand, was poetry and essays and academic writings. I've long known his name but I've never read his novels in translation and should. He was best known for his novel SECOND THOUGHTS, written in the uncommonly used "second person" - as was Jay McInerney's later breakthrough novel BRIGHT LIGHTS, BIG CITY.
Posted by Tim Lucas at Thursday, August 25, 2016