The Things You Learn Online! 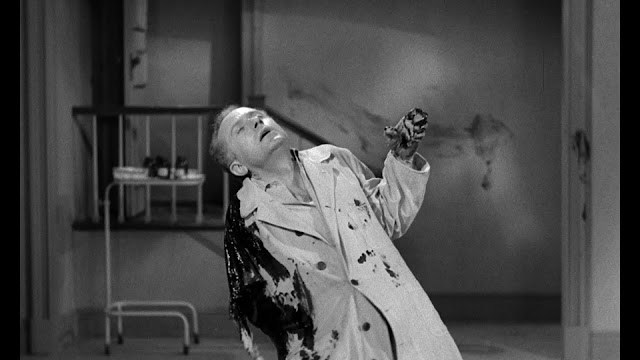 I never knew this until a few minutes ago, but this hapless cast member of Joseph Green's THE BRAIN THAT WOULDN'T DIE (1959, released 1962) - billed as Leslie Daniels - was in fact actor Anthony La Penna, working incognito on a non-union project. If the name Anthony La Penna doesn't ring a bell with you, his voice probably would.

La Penna narrated Doris Wishman's PLAYERS INTERNATIONAL, Jacopetti/Prosperi's GOODBYE UNCLE TOM and Dario Argento's INFERNO, to name a few of the times he "hosted" our investigations into the dark side; he also voiced a doctor character in MOTHRA, but his voice can be heard on Italian imported horror as far back as CALTIKI, THE IMMORTAL MONSTER in 1959. The Internet Movie Database has assembled an interesting but obviously incomplete list of his credits. His rich voice - very similar to that of former SHADOW radio actor Bret Morrison (for whom I used to mistake him) - is especially familiar to me from its use in Italian sword and sandal films, not even one of these is noted by the IMDb.
Posted by Tim Lucas at Tuesday, September 27, 2016