Oh, the questions that sometimes assail the film historian. Like this one... 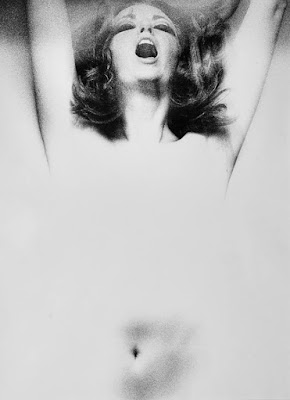 Above is a photograph by the British photographer Sam Haskins, included in his 1967 book NOVEMBER GIRL. 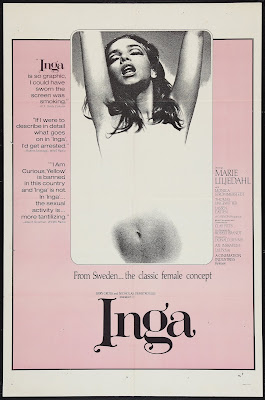 Now this is the Cinemation Industries poster for Joe Sarno's INGA, released in America in November 1968.

Questions: Is the image on the poster Haskins' work - an outtake, perhaps?

Is it actually INGA star Marie Liljedahl, who came to New York sometime in 1967-68 for some photo sessions, photographed by someone in homage to Haskins' work?

Could Jerry Gross of Cinemation have hired Haskins to take the photos of Liljedahl?

Unfortunately anyone who might know the answer to such questions is now either dead or forgetful.

Oh well, in 50 years time, I believe I'm the only person to have noticed that such a connection exists, so there is at least that.