More Notes on GUNSMOKE: From Season 5 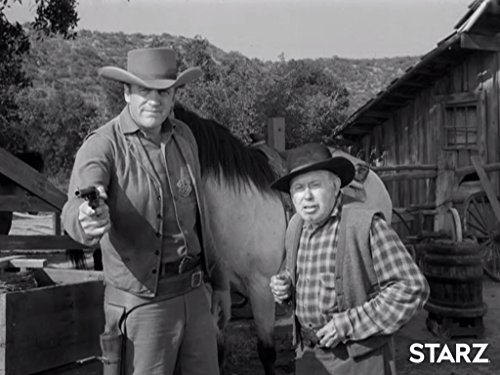 I've seen some other memorable GUNSMOKE episodes lately from Season 5, none better than "Odd Man Out" (d. Andrew V. McLaglen), a truly Poe-like story about a strange little man (well cast with Elisha Cook Jr.) living on the edge of town who hasn't been doing so well since his wife went to visit her sister. It later comes out in a confession to Marshal Dillon that she left him, after more than 30 years of marriage. As his bachelor behavior becomes more and more noticeably unhinged, he's noticed selling his wife's old clothes to a local merchant... and then someone reports seeing him digging behind his house, a hole the average size of a grave. There turns out to be a reasonable explanation for everything, but the bulk of the episode has macabre intonations.

"Thick 'n' Thin" (d. Stuart Heisler) was the story of what to all appearances is the series' first gay couple (Percy Helton! Robert Emhardt!), who share a ranch house just outside Dodge and initiate a murderous drama feud because they can no longer bear to eat each others' cooking! 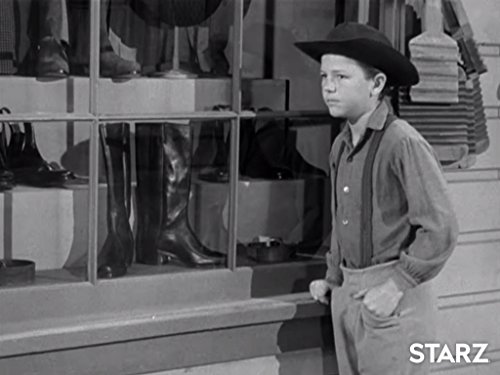 I was also especially fond of "The Boots" (d. Jesse Hibbs), in which John Larch plays a former gunfighter turned alcoholic who spirals into a complete breakdown when the umpteenth young pretender shows up to take him on. Little Richard Eyer (the genie from 7th VOYAGE OF SINBAD) plays an orphaned boy that the gunfighter has taken under his wing, who stands to lose everything if he can't rouse himself out of this nosedive. This kid could act when he had to. (c) 2020 by Tim Lucas. All rights reserved.

If you enjoy Video WatchBlog, your kind support will help to ensure its continued frequency and broader reach of coverage.